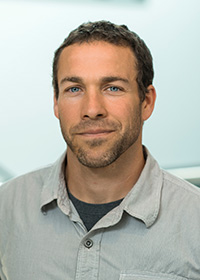 Ben Ashworth is currently the Sculpture Studio Supervisor at George Mason University and is pursuing his MFA.  His work exists at the collision of art, skateboarding and community and play.  His projects join community and artist alike.  He has teamed up with Washington, DC based Green Skate Laboratory to organize and build a skatepark for Langdon Recreation Center constructed from more than 3,000 reclaimed tires by an all-volunteer labor team (including neighborhood kids).  He is currently collaborating with the Kennedy Center to present Finding a Line: Skateboarding, Music, and Media with Jason Moran from September 5-12, 2015 on the Kennedy Center Plaza.

2011 – Ongoing Finding a Line, Washington DC, artist Ben Ashworth with Workingman Collective public art project that takes the improvisational act at the core of skateboarding – finding a line through physical space – and applies it to the process of transforming a community space. Selected by curator Laura Roulet for the DC Commission on the Arts and Humanities’ temporary public art project 5×5. NOTE: Finding a Line is a TED City 2.0 award finalist

2004 – 2010 FCDC, Principal partner for private recreational and creative space for skateboarding, arts, music, documentation and construction. After two years of increasing popularity and a wildly destructive party, a media campaign was organized to proclaim the “death” of FCDC. Meanwhile, operations continued with emphasis on more low-key celebrations, social experiments, and exhibitions.