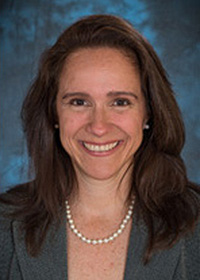 Carol has been teaching acting and theatre for more than 25 years at the college and high school level. In addition to teaching acting at George Mason, she teaches at Signature Theatre, Synetic Theatre and Arlington Public Schools. She also lectures, coaches, directs and teaches across the country through her company, Cadby Production, LLC. Carol was a professional stage and film actor (S.A.G., A.F.T.R.A., S.E.G., A.E.A. eligible) for ten years based in Miami, Florida and is trained in Viewpoints, Laban Movement and Meisner Acting Techniques. She is also an Arts Commissioner for Arlington County, an active board member of Educational Theatre Company, an organization which promotes theatre education for children and adults in the National Capital Area and is the Theatre Arts Lead Teach and a Mentor Teacher for Arlington Public Schools.

Carol has received numerous directing and teaching awards including representing Virginia at the 2010 Southeastern Theatre Conference with her production of Nora's Lost, receiving a Wolftrap Scholarship for Performing Arts Teachers (2008-09), an Elizabeth Campbell Award for Excellence in the Arts from the American Association of University Women (2009), twenty Virginia Governor School Presidential Citations for Outstanding Educator (1998-2012), two Arts Teacher Recognition Awards from the Educational Theatre Association (2001) and an Outstanding Theatre Program Award from the Educational Theatre Association (2001).