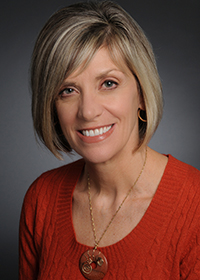 Elizabeth (Libby) Curtis has served as director of Mason’s Community Arts Academy since 2008. She's been instrumental in building enrollment from about 350 to more than 3,800 annual participants, and raising the annual budget from $300,000 to $1.6 million. Under her leadership, programs expanded to include more than 40 summer programs for community enrichment and teacher training, private music instruction, year-round classes, and in-service programs in schools and community centers. Programs in music, theater, visual arts, computer game design, film and video studies and dance strengthened links between Mason and the community. Previously, Curtis, a lyric soprano, was on the faculty of Radford University and Virginia Tech, where she had an active performing schedule and developed voice studios. She was assistant director of the Radford University Opera Ensemble and music director for Radford’s Main Stage productions of The Boyfriend, Best Little Whorehouse in Texas, and Some Enchanted Evening. She sang at Festival Miami, New Mexico Music Festival at Taos, and Northwestern University, where she premiered Symphony from Ivy Green, written by her husband, composer/conductor Mark Camphouse. Recording credits include Little Girl Blue, a collection of Rodgers and Hart songs, and Symphony from Ivy Green, with the University of Miami Wind Symphony.