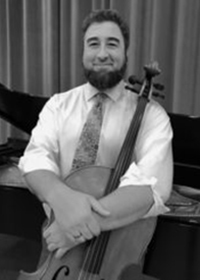 Mr. Fowkes is a frequent chamber music collaborator and a past fellow at the Hot Springs Music Festival and the Park City International Music Festival. A former member of the Baton Rouge Symphony, Gerald performs frequently as a freelance cellist throughout the Baltimore/Washington metro area having performed with the Virginia, Fairfax, and McLean Orchestras amongst others.

Mr. Fowkes is currently Director of Orchestras at Fairfax High School, Music Director and Conductor of the McLean Youth Orchestra, and on the artist faculty as the orchestra director of the Greater Washington Suzuki Institute. He has had the distinct honor of guest conducting honor orchestras throughout the Commonwealth of Virginia and is a frequent guest conductor at the annual JMU Spring String Thing. He maintains a private cello studio at his home where he resides with his wife and four children.