A $1 million commitment for scholarships from Sidney O. Dewberry will enable a dramatic increase in academic opportunities for incoming School of Music students at George Mason University.

Dewberry’s pledge will fund scholarships for talented artist-scholars for the next five years, beginning in fall 2018. Recipients, who can be undergraduate or graduate students, will be known as “Linda Apple Monson Scholars” in honor of Monson, the director of the School of Music and a George Mason faculty member since 1999.

Dewberry, a civil engineer, always wanted to learn to play the piano. At age 75 he began taking lessons from Monson. That relationship led to his decision in 2007 to spearhead a fundraising initiative to purchase 16 Steinway grand pianos for the school, making Mason a registered “all-Steinway” university. Now some of the same students who learn and practice on these top-of-the-line instruments will benefit from scholarships funded by Dewberry.

“We are deeply grateful to Sid Dewberry for his lifetime of commitment to Mason,” said Mason President Ángel Cabrera. “He has told me many times how his life has been enriched by music and his friendship with Professor Monson. It’s wonderful that because of his generosity, many students’ lives will be enriched as well.”

Monson, who was named Mason’s Faculty Member of the Year in 2012, will also be recognized through the renaming of the Grand Tier III of the Center for the Arts in her honor as part of Mason’s Grand Piano Celebration on Sept. 17.

Dewberry and his wife, Reva, have a long history of supporting programs at Mason. The Sid and Reva Dewberry Department of Civil, Environmental, and Infrastructure Engineering was named in their honor. Their gifts to University Life are recognized through Sid and Reva Dewberry Hall at the Johnson Center.

“The news of this extraordinary gift from Sid comes, to say the least, as music to our ears,” said Rick Davis, dean of the College of Visual and Performing Arts. “His generosity, and his love for Mason, continue to amaze.”

He is chairman emeritus of the eponymous engineering firm that he co-founded in 1956, now known as Dewberry. Headquartered in Fairfax, Va., Dewberry operates in 18 states and has more than 2,000 employees. The firm has played a leading role in the construction of prominent projects across Northern Virginia, such as Tysons II, the Dulles Greenway and the Filene Center at Wolf Trap. 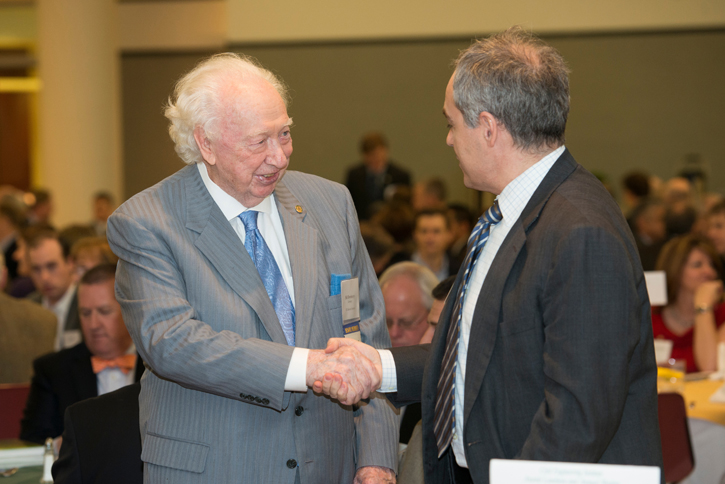