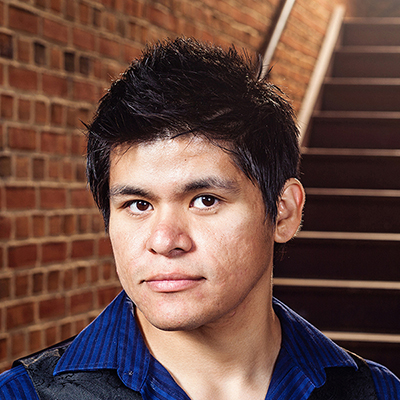 Cristian Perez is an Argentine-American guitarist/composer/arranger currently based in Northern Virginia. He graduated from Mason with a BM in Classical guitar ('10) and a MM in Jazz Studies ('12). Cristian has performed internationally (Bulgaria, Canada, South Korea, Bolivia, China, Dominican Republic) and continues to be very active in the local music scene. His debut album “Anima Mundi” has received numerous reviews throughout the world and reached #13 in the CMJ World Music charts in the USA. Cristian is a former Artist in Residence at Strathmore ('15). He won 2 Wammie Awards (2022) with the band Project Locrea. He has been featured on Vintage Guitar Magazine. Cristian is currently a Kremona Guitars Artist as well as an MCO Guitars Artist.

Cristian has studied with Berta Rojas, Larry Snitzler, Rick Whitehead, Ken Hall, Mike Stern, and dozens of musicians from whom he has taken lessons from (Roland Dyens, Pepe Romero, Gilad Hekselman, Nelson Veras, Steve Herberman, and many others). He loves classical music, jazz, folk music from around the world, and pop/soul music. He is constantly trying to add to his musical palette both as a sideman and bandleader.

Cristian is an adjunct professor at NOVA Community College (Alexandria, VA), and is available to offer workshops/masterclasses/clinics.