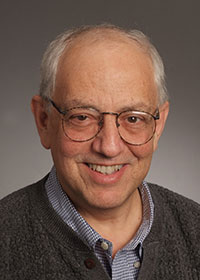 Harold Linton served as director of the School of Art from 2005 to 2013. Previously, Linton served as chairman of the department of art at Bradley University (1998–2005). In 2001, he received the highest endowed award for professional excellence at Bradley University, Caterpillar Professor of Art, and simultaneously for the Department of Art, the William Rainey Harper Award for Department Excellence. In 2004, he was the recipient of a Fulbright-Hays Grant to study cultural life and contemporary social issues in South Africa. He subsequently wrote a photo-essay exhibition catalog with an introduction by President Obama, entitled, “The Children of South Africa,” as a fundraising and awareness program that traveled throughout the United States. Linton has served as visiting lecturer in design at more than 100 schools of art and architecture. He is the author of 19 books and numerous journal articles on design, drawing, architecture, and color. Linton’s Portfolio Design, first published in 1996 by W.W. Norton and Company, New York, is now in its fourth full-color edition. More than 200 colleges and universities in the United States and abroad have adopted Portfolio Design. His artwork can be found in numerous public, private and museum collections. He holds a Master of Fine Arts degree in painting, Yale University, and a Bachelor of Fine Arts in painting, Syracuse University.