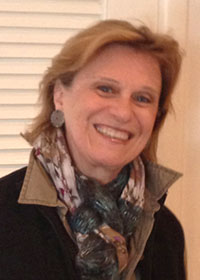 International collaborative projects include “Penelopeia”, sponsored by the Presidency of the European Union; being a visiting artist at the international symposium “Earth” at the Skopelos Foundation for the Arts in Skopelos Island, Greece; and originating and curating “Converging Parallels” in collaboration with Turkish artist Biret Tavman. Other international collaborations include the “Vegoritis” Project in Greece in (Summer 2015), and organizing and co-curating “EcoReflections” in partnership with artist C. Demir, which was presented at Resim ve Heykel Müzesi Galerisi in Ankara, Turkey in Fall 2015.

Karametou’s work is in permanent collections worldwide, including The Vorres Museum of Contemporary Art, Athens, Greece; the Baltimore Museum; the State Museum of Contemporary Art, Thessaloniki, Greece; the Museum of Contemporary Art, Crete, Greece; and was in the collection of His Excellency the U.S. Ambassador to Greece and Mrs. T. Miller during his tenure. Numerous art reviews include a variety of publications such as The Washington Post; the Baltimore Sun; the New Art Examiner; To Vima; the Kathimerini; Epikera magazine; The Evening Sun; The Washington City Paper; Baltimore City Paper; the Voice of America; the Washington Review; The Alternative; Eikastika Magazine; National Herald; Hellenic News; Vogue Magazine (Greek edition), as well as an “Antenna” Greek Television interview, and inclusion in the book “The Power Of Visual Logos” (ICAN 2003).

Karametou is the recipient of many awards such as a Fulbright Senior Research Scholar Award from the Council for the International Exchange of Scholars; the First Prize in the Maryland Biennial; and several Individual Artist Grants from the Maryland State Arts Council. She served on the Board of Directors of the Arlington Arts Center from 2004-2012, and has been the juror of a number of shows.

Karametou first studied painting and drawing in her native Greece under Theodore Drosos, and immigrated to the U.S. after high school. She holds the Bachelor of Arts from the University of Maryland (cum laude), and the MFA from the Maryland Institute of Art in Baltimore, where she studied with renowned artists Grace Hartigan and Salvatore Scarpitta. She is a professor at the School of Art, George Mason University, where she heads the Division of Drawing, and has taught for a variety of other institutions including the University of La Verne, The University of Maryland (European Division), and George Washington University.