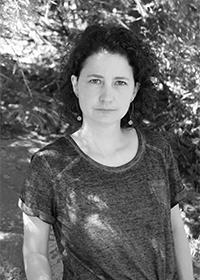 Stephanie Benassi (b.1980, Providence, RI) is a conceptual artist working primarily with photography. She has participated in artist residencies including Vermont Studio Center and Virginia Creative Center for the Arts. Her work has been shown at James Madison University, Broward College, Kutztown University, Loyola University Maryland, and 1708 Gallery. She has been nominated for the Janet and Walter Sondheim Prize in 2014 and in 2015 and her work has been featured on Artworks “Pop-Up Exhibitions” which appeared on Maryland Public Television / PBS. Benassi received her BFA in photography from University of Massachusetts Dartmouth and her MFA from Virginia Commonwealth University. She currently lives and works in Baltimore, MD.