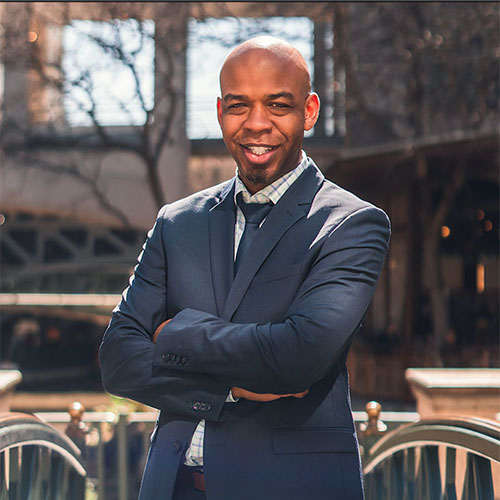 Before his tenure at George Mason University, Dr. William L. Lake, Jr., served as Associate Director of Bands and Assistant Professor of Music Education at the Crane School of Music (SUNY-Potsdam), where he was co-conductor of the Northern Symphonic Winds, principal conductor of the Crane Concert Band, and guest conductor of the Crane Wind Ensemble. In addition to these responsibilities, Dr. Lake taught undergraduate conducting, Secondary Wind Practices, Wind Literature, and the preservice Practicum in Beginning Instruments Course.

Dr. Lake is the recipient of two master’s degrees, the first from Boston University in Music Education (2011) and the second from the University of Maryland, College Park in Wind Conducting (2014) under the mentorship of Dr. Michael Votta, Jr. In May 2006, Dr. Lake received the Bachelor of Music Liberal Arts -Jazz Studies Piano Performance Degree from the University of Maryland, College Park as a student of Jon Ozment and Christopher Vadala.

Dr. Lake maintains an active performance and clinic schedule as a guest conductor and lecturer throughout the country. He was a finalist for the 2017-2018 Ernst Bacon Memorial Award for the Performance of American Music and the Band Conducting Division of the American Prize. Recently, Dr. Lake served as a collaborating author for two books, Teaching Instrumental Music: Perspectives and Pedagogies for the 21st Century (Oxford University Press) and Music Education on the Verge: Stories of Pandemic Teaching and Transformative Change (Lexington Books), both to be published in 2022.

As a passionate advocate for diversity, equity, and inclusion, Dr. Lake is the co-founder of I See You: Affirming Representation in Music. In this capacity, Dr. Lake has presented over twenty seminars across the United States on inclusive practices in music education and performance. With co-founder Dr. LaToya A. Webb, Dr. Lake has been invited to present on diversity, equity, and inclusion concepts and practices at the 2021 Midwest International Band and Orchestra Clinic, the 2021 Virginia Music Educators Association Professional Development Conference, the 2022 Texas Music Educators Association Conference, the 2021 National Association for Music Education National Conference and the 2022 National Association for Music Education Music Leaders Forum.