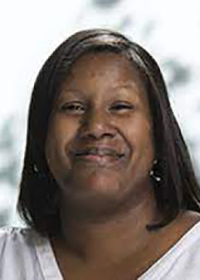 Kimberly Harris has a Bachelor’s of Science in Management from George Mason University. She began her university career in Student Services at Oakland University in Rochester Michigan. Her experience working with the wonderful students at OU ignited her interest in pursuing a career in higher education. She continued her university work in human resources at Wayne State University in Detroit Michigan. After relocating to the D.C. area, Kim came to George Mason University as a Human Resources Assistant in the HR/Payroll office. Shortly after being promoted to Payroll Specialist, she could no longer ignore a strong desire to return to a role that provided support to students. She joined the College of Visual and Performing Arts as the Office Manager in fall 2009 and later titled the Administrative and Education Support Specialist. For almost ten years, Ms. Harris supported the department with her expertise in student support and advising, recruitment, budgeting, human resource and website development. Kimberly Harris became the Graduate Student Services Coordinator for the School of Systems Biology in March 2019. As of fall 2021, Kim has returned to the School of Dance to serve as the Academic Program Manager.