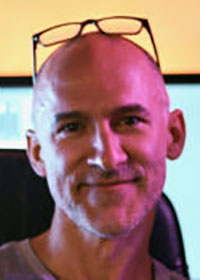 Nicolas Laget is a performer and composer in the Washingon, D.C. area. His early years were spent singing in choirs and playing Baroque chamber music on the recorder. In his teens, Nico expanded his musical horizons by studying the flute, the tenor saxophone and the keyboard. After obtaining a masters degree in composition from the University of Virginia with a specialization in Orchestral music, he seized the first professional opportunity he came across and settled in the Washington DC Metropolitan area.

The 2003 release of his first album by the UK-based jazz/soul/dance label Chillifunk ( which was nominated best jazz album of 2003 by London’s Jazz FM) launched a full time music career. Nico has performed in Europe, Asia, and the Americas with various bands as a flutist and tenor saxophonist. He has scored music for HBO, TLC, Discovery and award-winning scores for indie documentaries and short films. (TIVA 2012 and 2013 “Best Original Music”) As lead engineer of the Sweet Spot Studio, which he founded in 2003, Nico has helped craft Pop, Rock, Jazz, Ska, Neo Soul, Gospel, and Dance Music records heard across the world.

Nico currently co-chairs the Producers & Engineers Wing of the Recording Academy’s (Grammy) DC Chapter. He has been a voting member of the academy for 10 years and has served on the board of its D.C. Chapter for 6 years.