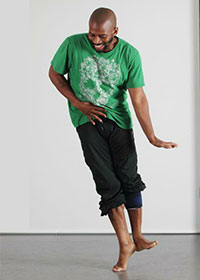 "Roger C. Jeffrey is one of the most sensitive and savviest of young producers in New York.” - New York Times